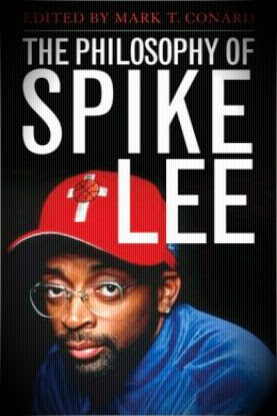 What was the most interesting part of about putting together this book?

Reading the contributors’ essays and exploring the philosophical angles they take on the Coens’ films.

Which section of the book was most enjoyable to write?

My own chapter. It’s about Barton Fink, which I’d always liked but had always been puzzled by. In writing the essay, I’d wanted to come to a better understanding of the film; I wanted to interpret it better. And as I was working on the essay, it became clear that that difficulty of interpretation was what the piece should be about.

What was the most challenging part about creating this book?

The most challenging thing about any of these works is coming up with something philosophically relevant and interesting to say about the subject matter. There are some other, practical issues that can present some difficulties, but this is the most serious challenge.

The feedback has been great so far. People really seem to love the book.

For those who haven’t heard, what’s "The Philosophy of Spike Lee" all about?

It’s about the philosophical themes of Spike Lee’s films. The contributors explore issues such as justice, the nature of time, race and community, transcendence, moral motivation, etc.

What was one of the big things you learned from creating this book?

I certainly learned a good deal about Lee’s films and a fair amount about race studies. I watched a number of his movies for the first time while preparing the book and writing my essay, so some of the work was quite new to me.

Which part of the book was most compelling to you?

What’s been the most rewarding part of this process?

Working with the contributors and the good people at The University Press of Kentucky. Everyone has been great.

What’s next for you?

Not sure yet. I’ve had it in the back of my mind to do a book on The Philosophy of Jazz. This would be a departure for me, since I’ve never written about music before. I have to give it some more thought.


Posted by bookclublive at 9:10 AM