Q&A with James Graham-Campbell, author of The Viking World 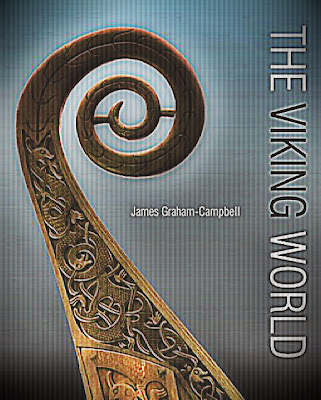 What can our world today learn from the Viking world?

The Viking Age, from the 9th to 11th centuries AD, was a spectacular period in northern history and its legacy is substantial – and not just in the Scandinavian homelands of the Vikings themselves. All those of Scandinavian blood have their roots in the Viking Age and thus need to learn of their origins to better understand how they come to be who (and where) they are today. As for the rest of us, there is much to appreciate in the many achievements of the Vikings, particularly in their remarkable voyages of raiding and conquest, of discovery and settlement, and of commerce – from the North Atlantic to the Black Sea. Indeed, English-speaking peoples use many Norse words without even realising it – from ‘egg’ to ‘die’!


Which artefact was most impressive for yourself?


The Viking longship is the true symbol of the Viking Age and there is no more impressive experience of the period than entering the Viking Ship Museum in Norway for one’s first encounter with the elegant prow of the Oseberg ship, recovered from a royal burial mound constructed in AD 834. It is in the shape of a snake’s head, turning the vessel itself into a ‘sea-serpent’, with its stern ending in a coiled tail – the cover-image of The Viking World.

The ancient sayings or ‘wisdom’ of the Vikings, contained in the contemporary collection of poems known as the Hávamál , reveal something of the attitudes and culture of these Scandinavian peoples who lived a millennium ago – not surprisingly they seem very like us!

What was the most interesting thing you learned from putting together the book?

Two aspects of the Viking experience that interest me most closely are the immense wealth of silver which they accumulated, from their extensive raiding and trading, and the nature of their enigmatic art and ornament. Overall, however, a theme of particular interest to emerge from such a book as The Viking World is the development of the nation-states of Scandinavia from their pagan barbarian past to become part of the Christian civilisation of medieval Europe.


What new projects are you working on?

I have just recently published a survey of Viking Art (for Thames & Hudson) and am now working to complete a project researching the pagan Viking graves from Scotland.

Posted by bookclublive at 11:39 AM